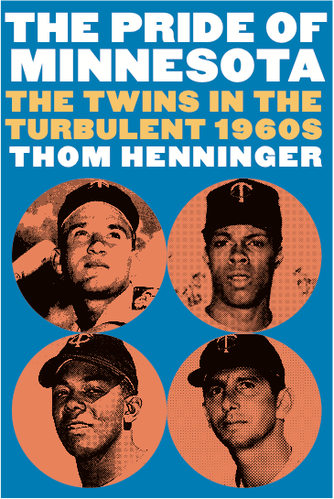 The 1960s were a heady time to come of age. The British Invasion transformed pop music and culture. The fledgling space program offered a thrilling display of modern technology. The civil rights movement and Vietnam War drew young people to American politics, spurring them to think more critically about the state of the nation. And the assassinations Martin Luther King Jr. and Robert F. Kennedy in 1968 shook the United States to the core. During these turbulent times the Minnesota Twins were the pride of the North Star State—an elite team that advanced to the World Series in 1965 and played in dramatic pennant races in the years thereafter.

After an uneven 1964 season the Twins set themselves up for a turnaround that would last the rest of the decade. At the end of his playing career with the Twins, Billy Martin was hired as third base coach in 1965, giving them a more aggressive base-running style. Mudcat Grant became the first African American pitcher to win at least twenty games in the American League, and Tony Oliva won his second batting title to help lead the Twins to the World Series, which they lost in seven games to the Dodgers. In 1967 rookie Rod Carew joined the Twins as they engaged in a historic pennant race but finished second to the Red Sox during their “Impossible Dream” season. In 1969 Martin took over as manager, and both Carew and Harmon Killebrew led the Twins to the American League Championship Series, only to lose to the Orioles, after which Martin was fired in part for a now-legendary bar fight. Bill Rigney took the helm in 1970 and steered the Twins to a second-straight division title and ALCS loss to the Orioles.

In The Pride of Minnesota Thom Henninger details these pennant races, from the key moments and games to the personalities of the players involved, in the context of state and world events. Although the Twins won only one AL pennant in this stretch and failed to win the World Series, these memorable seasons, played in remarkable and compelling times, made for an important first decade in the team’s early history. 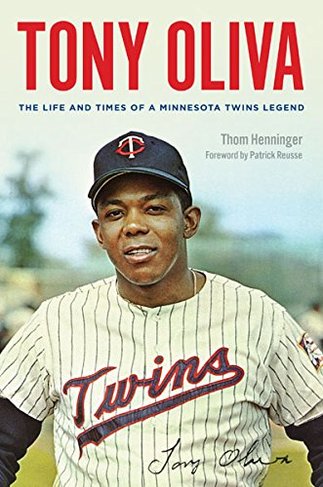 If not for the botched Bay of Pigs invasion, Minnesota might never have known one of its most popular baseball players, Twins three-time batting champion and eight-time All-Star Tony Oliva. In April 1961, the twenty-two-year-old Cuban prospect failed to impress the Twins in a tryout, but the sudden rupture in U.S.–Cuba relations made a return visa all but impossible. The story of how Oliva’s unexpected stay led to a second chance and success with the Twins—as well as decades of personal and cultural isolation—is told for the first time in this full-scale biography of the man the fans affectionately call “Tony O.”

With unprecedented access to the very private Oliva, baseball writer Thom Henninger captures what life was like for the Cuban newcomer as he adjusted to major league play and American culture—and at the same time managed to earn Rookie of the Year honors and win the American League batting title in his first two seasons, all while playing with a knuckle injury. Packed with never-before-published photographs, the book follows Oliva through the 1965 season, all the way to the World Series, and then, with repaired knuckle and knee, into one of the most dramatic pennant races in baseball history in 1967. Through the voices of Oliva, his family, and his teammates—including the Cuban players who shared his cultural challenges and the future Hall of Famers he mentored, Rod Carew and Kirby Puckett—the personal and professional highs and lows of the years come alive: the Gold Glove Award in 1966, a third batting title in 1971, the devastating injury that curtailed his career, and, through it all, the struggle to build a family and recover the large and close-knit one he had left behind in Cuba.

Nearly forty years after Oliva’s retirement, the debate continues over whether his injury-shortened career was Hall of Fame caliber—a question that gets a measured and resounding answer here. 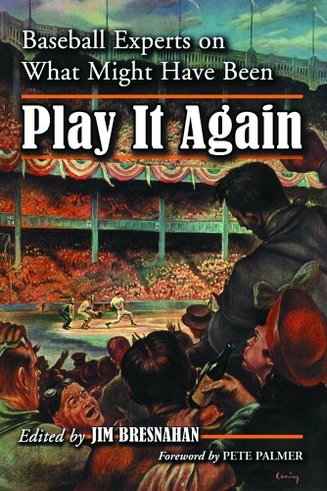 Baseball fans who know the history of the game inside and out will find a wealth of intrigue in this book-not more history, but alternative history. What if Ty Cobb and Shoeless Joe Jackson had stood side by side in Cleveland's outfield? What if integration had taken place in the major leagues before 1947? Who would have won the World Series had strikes not shortened the 1994 season?

A panel of experts was called upon to use their knowledge and imagination to write "what could have been" in the history of baseball. Newcomers to the topic of baseball history will also find the book captivating; these fictional accounts are set against the backdrop of actual occurrences. The history of baseball from 1869 to the controversial 2003 playoffs is literally rewritten in this compilation of fantasy scenarios. Fifty journalists, historians, authors and former baseball players were given free rein to second guess decisions and make predictions about baseball history as it could have been.

​Chapters explore this fantasy history of baseball by eras, such as the beginning of the game as a professional sport, the deadball era, war years, growth years, the modern game and its most recent decades. The author begins by introducing each panelist and concludes with an appendix that asks them to speculate on general questions, such as: Who might have entered the Hall of Fame, had they not experienced injuries or other roadblocks? A foreword is by Pete Palmer, journalist, author, and inventor of on-base plus slugging, now universally used as a good measure of batting strength.